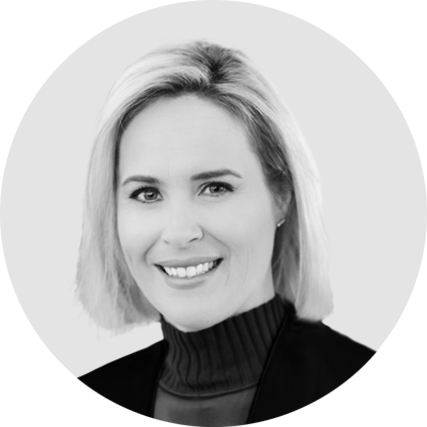 Megan Murphy
Former Editor, Bloomberg Businessweek
Megan is an award-winning journalist and commentator whose 20-year career has spanned multiple countries and events, from the 2016 presidential campaign to the global financial crisis.

Most recently, Megan served as editor-in-chief of Bloomberg Businessweek, the US’s oldest weekly business publication. Under her direction, Businessweek relaunched in early 2017 with a fresh editorial mission and style. Previously, Megan led Bloomberg’s US political and government coverage as executive editor and Washington Bureau Chief, overseeing more than 200 journalists across the organization’s print, digital and television platforms.
‍
Megan rejoined Bloomberg in 2015 following eight years with the London-based Financial Times in a variety of roles, including as Washington Bureau Chief during the lead-up to the 2016 presidential campaign. In 2013, she launched its award-winning “Fast FT” digital platform, delivering breaking business and financial news 24 hours a day around the world. Megan also served as the FT’s investment banking correspondent during the fallout from the financial crisis and as its legal correspondent.

Before starting her career in journalism, Megan was a securities lawyer at Wilson Sonsini Goodrich & Rosati in Palo Alto, CA. She holds a bachelor’s degree from Yale University, a master’s degree from Columbia School of Journalism and a Juris Doctor from Northwestern University School of Law. She is from Northbrook, Illinois.